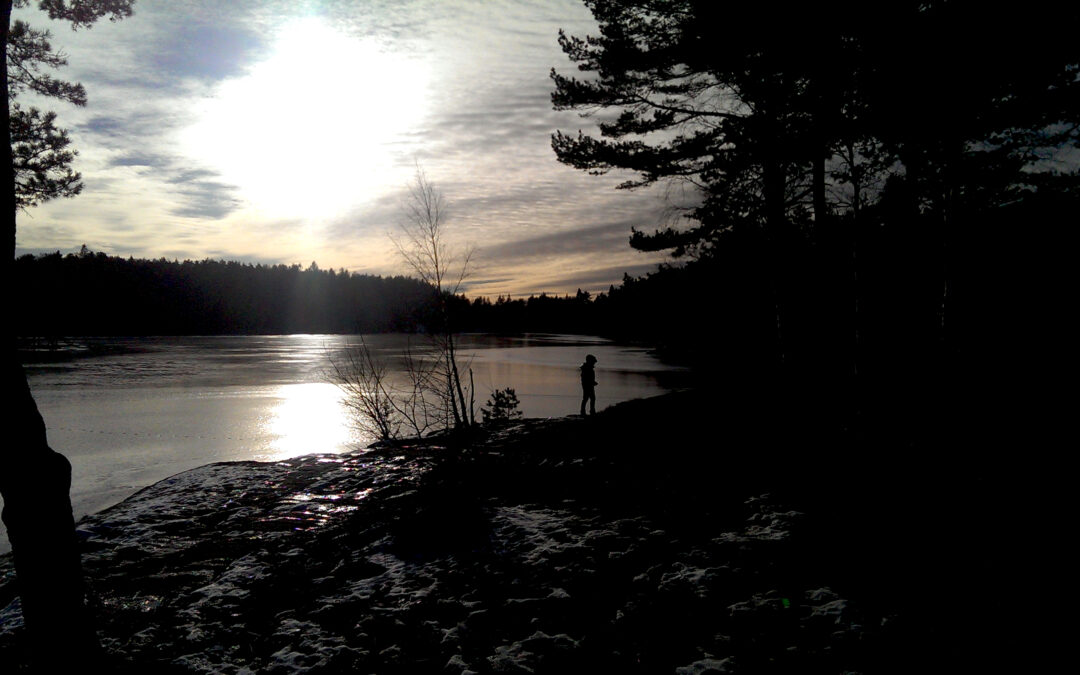 Happy the man, who, remote from business, after the manner of the ancient race of mortals, cultivates his paternal lands with his own oxen, disengaged from every kind of usury; he is neither alarmed by the horrible trump, as a soldier, nor dreads he the angry sea; he shuns both the bar and the proud portals of citizens in power. Wherefore he either weds the lofty poplars to the mature branches of the vine; and, lopping off the useless boughs with his pruning-knife, he ingrafts more fruitful ones: or he takes a prospect of the herds of his lowing cattle, wandering about in a lonely vale; or stores his honey, pressed from the combs, in clean vessels; or shears his tender sheep.

Cover of the 1931 Annual Report of the Gothenburg Scout Corps

It is funny how things connect and come back in loops. I’ve dedicated almost a decade of my life to the study of Historical European Martial Arts (HEMA), including researching the 19th cent HEMA pioneers who sought to recreate the European medieval and Renaissance martial arts in the 2nd half of the 19th and the early 20th cent, eventually leading up to the recreation of the Olympics.

Some time ago I decided to put more serious focus and time into another older interest of mine; outdoors life and nature, something I have neglected a bit ever since I moved away from my hometown in the north of Sweden to the city I now live in. Being the old fart I am, I of course also have old ideas on certain things, prefering simple, low tech gear that is reliable, and I try to both refresh old knowledge as well as learn a few new tricks for what is today commonly called bushcrafting, or with the older terms; woodcrafting and less commonly scoutcrafting.

Doing so, I am looking at the 19th cent writers on the topic, men who wrote about “woodcraft”, and it is striking how bushcrafting too has its 19th cent “pioneers”, trying to revive or recreate knowledge and skills that were, in their view, largely lost already by their time. And while 19th cent HEMA would in time lead up to Olympic fencing, the efforts of these men would eventually lead up to the scouting movement and the somewhat later Boy Scouts of America, founded in 1910 by William D. Boyce, Daniel Carter Beard and Ernest Thompson Seton and preceded by Seton’s Woodcraft Indians, which was based on the concept of the Indian Tribe and their particular ways, and Beard’s Sons of Daniel Boone, in turn based on the concept of the frontiersmen of North-America and taking its name from the famous frontiersmen who both had learned from and sympathized with the native American tribes. 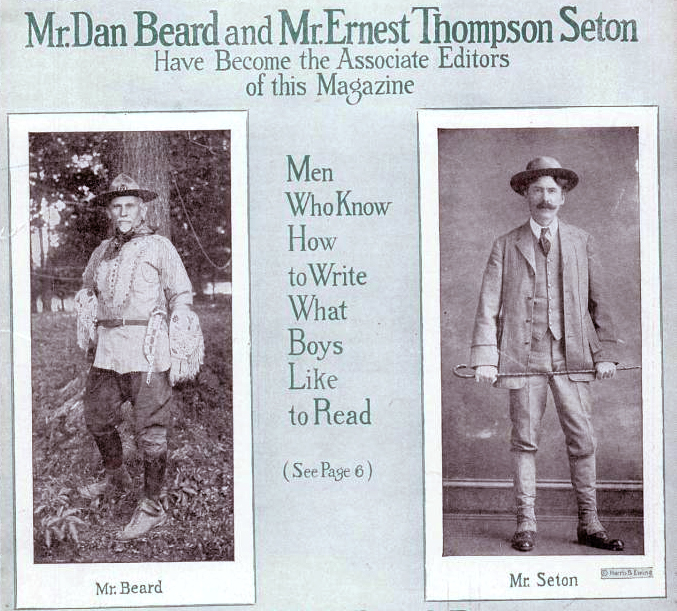 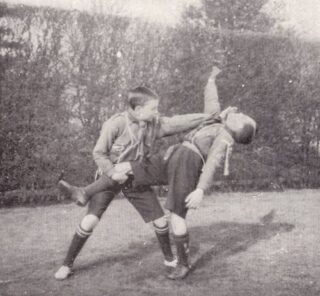 The scouting movement sought both to build character in young boys, and later also girls, to preserve, skills, knowledge, values and traditions that were considered important but losing ground in the quickly changing society of the late 19th and early 20th century.

Interestingly, part of this was originally also practicing boxing, wrestling, jiu-jitsu, foil fencing and traditional single-stick and British quarterstaff fencing which has since largely been abandoned, and already in 1911 in the US, with only archery, shooting and foil fencing remaining today. 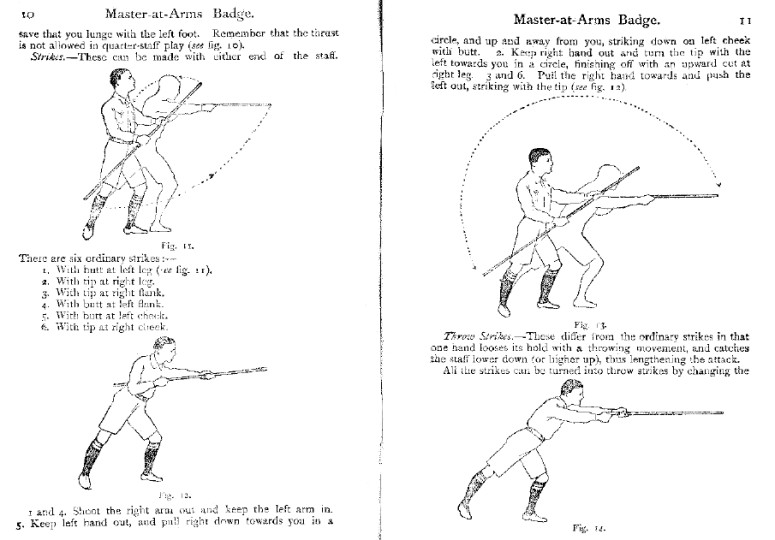 From the Boy Scouts Master-at-Arms Badge manual on the quarterstaff, 1925. 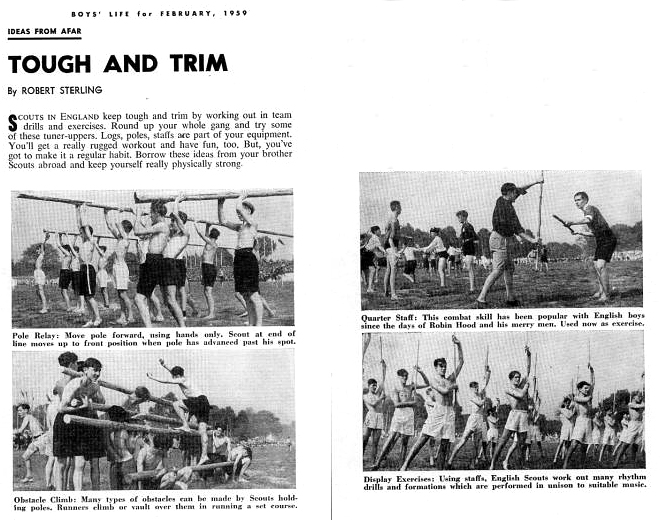 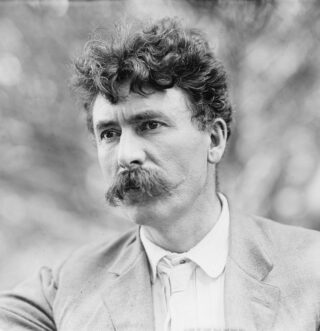 Returning to the non-martial aspects of this topic, in his The book of Woodcraft and Indian Lore of 1912 Ernest Thompson Seton writes:

Woodcraft is the first of all sciences. It was Woodcraft that made man out of brutish material, and woodcraft in its highest form may save him from decay.

All are merely parts of a scheme I have always considered my life’s work, namely, the development or revival of woodcraft as a school for Manhood.

These men felt similar concerns to how we do today, concerns for an increasing disconnect with nature, about society’s impact on it and all the problems that come with big cities and modern urban life.

As George Washington Sears put it in his Woodcraft of 1884:

For brick and mortar breed filth and crime,
With a pulse of evil that throbs and beats;
And men are whithered before their prime
By the curse paved in with the lanes and streets.

And lungs are poisoned and shoulders bowed,
In the smothering reek of mill and mine;
And death stalks in on the struggling crowd — But he shuns the shadow of the oak and pine

Similar concerns had already been raised by French Rousseau, American Thoreau and in Sweden, Carl Jonas Love Almqvist, all seeking a more natural life, much like hipsters, survivalists, preppers and bushcrafters and many others do today, and hippies before that – moving to the countryside, making one’s own beer and sausages, learning traditional skills for farming and forest life, etc. etc. – seeking to repeat at least in spirit what Thoreau and Almqvist did 170-200 years earlier.

Both Seton and Sears spoke highly of the “Indian” and their way of life, having experienced it closely and having learnt themselves from the natives, and as a result of strong personal experiences also seeking “justice” and respect for them.

With the US Declaration of Independence, The 14th Amendment of 1868 and perhaps also the Civil Rights Act of 1866 in mind, Seton states:

He [the “Indian”] asks only the same rights as are allowed without question to all other men in America – the protection of the courts, the right to select his own religion, dress, amusements, and the equal right to the pursuit of happiness…

Ernest T. Seton, The Book of Woodcraft and Indian Lore, 1912

Their admiration for the native American bravery, humour, humbleness and reverance was deep and profound as was their respect for the immense bank of skills and knowledge of  how to live close to nature that the “Indians” possessed. Seton’s views on the “Indian” as an extraordinarily pure religious being, based on their way of celebrating the One Great Spirit by consciously keeping both their own bodies in perfect shape, and in treating nature and society with great care, reverence and gratitude, directly refered back to the old idea of the Indians as one of the 10 Lost Tribes of Israel as put forward by Antioni de Montezinos. The “Indian” was considered to be in effect a higher moral being, and closer to the early Christians with no concern for property but great concern for the eternal spirit, than the modern Western society in general, and in these Americans’ examples also echoing the words of Voltaire (1).

One great difference in our ways is that, like the early Christians, the Indian was a Socialist. The tribe owned the ground, the rivers and the game; only personal property was owned by the individual, and even that, it was considered a shame to greatly increase. For they held that greed grew into crime, and much property made men forget the poor.

… The price of a very rich man is many poor ones, and peace of mind is worth more than railways and skyscrapers. In the Indian life there was no great wealth, so also poverty and starvation were unknown, excepting under the blight of national disaster, against which no system can insure. Without a thought of shame or mendicancy, the young, helpless and aged all were cared for by the nation that, in the days of their strength, they were taught and eager to serve.

Ernest Thompson Seton, The Book of Woodcraft and Indian Lore, 1912

This came to be a life changer, a guiding light for their whole lives, so deeply buried in their souls that it was inseparable from their persons, as repeatedly expressed especially in Seton’s writings.

There are a few good lessons to be learnt from these men, not least in these days where more and more control and restrictions are placed on people and since we carelessly and thoughtlessly let it all happen, at the same time as we let go of both our spirituality as well as centuries of hard-earned knowledge collected by our ancestors, knowing less and less about how to handle ourselves outside of the safety of a well-functioning society.

That said, looking back at the 19th century other things also often came with this widespread desire and longing for a return to older values and practices, and we can possibly see the same happening today, with a distinct increase in celebration of old values, traditionalism and pride in one’s own nation and culture,  all in themselves perfectly good and fine, but in some cases also nurturing some worrying developments in society with nationalistic parties winning new grounds in many parts of the world.

Looking to the founding of the British Boy Scouts Association we can see how Baden-Powell pretty much stole the concept of Seton’s Woodcraft Indians, but did so consciously changing focus from a revival of old skills and nature oriented philosophy tied to native American culture to a “response to a national crisis: namely the weakening of the youth“, comparing to the Fall of Rome, and switching from peaceful boy “indians” to a distinct militaristic profile with uniforms and boy military “scouts”, promoting masculinity, virility and manliness, adding a strong emphasis on Christianity & patriotism, thus preparing the weakening youths for war (2) – actions which would cause Seton to resign from his position as Chief Scout only five years after the founding of the Boy Scouts Association.

The Boy Scouts of America, in turn, was instituted by Boyce as open to all boys and initally followed the British example:

A Scout is a friend to all, and a brother to every other Scout, no matter to what Country, Class or Creed the other may belong

Hower, this intent was quickly subverted by the Executive Board of 1910 to allow the denying of membership on the basis of race, a practice that didn’t fully disappear until 1942, even if most of the national American scout movement had a consistently growing number of black scouts, especially in the northern parts. And it wasn’t until after 40 years of monthly issues that you start seeing black boy scouts in the boy scout magazine Boys’ Life. Similarly, there is today still a debate concerning the public policy against gay scout leaders still in effect.

Traditionalism and extreme nationalism aren’t sides of the same coin, but they often go hand in hand and we should be careful in choosing path, watching where we set down our feet, remembering the deep respect and admiration these men felt for the people of a culture most people of their time considered savage and crude with little value to society. Also noting how the Scouting movement, despite struggling with its own equality íssues caused by internal conservative forces that went against the original founding principles, also had a direct influence on society in the nationalist resistance movements of India in the 40s, in taking active part of the Civil rights movement of the US South in the 60s and being used against British imperialism in Africa under the scouting principle of a scout being “a brother to every other scout“.

Walden by Henry David Thoreau, 1854
Woodcraft by George Washington Sears, 1884
The book of camping and woodcraft by Horace Kephart, 1906
The Book of Woodcraft and Indian Lore by Ernest Thompson Seton, 1912

1) “The comfort of the rich depends upon and abundant supply of the poor.”